Phillip E. Johnson is a retired University of California law professor and author. He has no formal background in biology or any science for that matter. He has stated that he is a “philosophical theist and a Christian.” Johnson is also considered to be “the father of the Intelligent Design movement.” In reading his books, it is quickly evident that as a law professor, he is better suited at knowing how to craft arguments than express facts accurately and without misrepresentations, as scientists do. 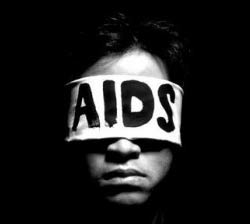 Mr. Johnson is an outspoken proponent of AIDS denialism, which is a hypothesis that there is absolutely no link between HIV and AIDS. This lethal idea has been scientifically shown to have dangerous consequences – the most infamous of these being the deaths of over 330,000 South Africans while a “review council” was set up by HIV denialists, delaying treatment.

Johnson has written several articles about the subject, including a piece in Reason magazine. He was one of the 12 founding members of The Group for the Scientific Reappraisal of the HIV/AIDS Hypothesis and signatory to the group's letter to the editor of Science asserting that HIV is only tautologically associated with AIDS and that HIV tests are inaccurate.

Phillip E. Johnson is a prime example of the dangers of pseudo-science. While Johnson’s AIDS conspiracy theorizing is not conceptually related to his creation-science beliefs, both obviously flow from a deep conceptual difficulty with science, and a tendency to purport that mainstream science is riddled with organized conspiracies to promote falsehoods. It is not completely understandable how anyone pretends creationism or AIDS conspiracy theories make sense, but one can easily see how someone who believes in the former would believe in the latter – and claim the same “we must look at the data in a new way” pseudo-intellectual rationalization for both. And unfortuniatly with AIDS denialism, people’s lives hang in the balance. 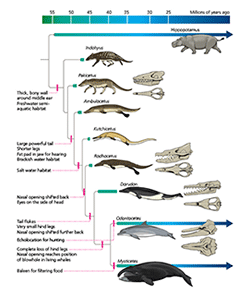 In his book Darwin on Trial we once again hear the tired and dishonest creationist argument that evolution only occurs within species, aka microevolution. This, despite our planet’s fossil record which clearly shows that new species arise from old ones, e.g. horses and rhinos rising from a common ancestor. Whales and dolphins evolving from four legged land mammals (image to the right). Not to mention that we are witnessing speciation today, right before our very eyes in animals like the blackbird.

Johnson goes into detail about the origin of mammals from reptiles as the “best” evidence of major transitions in the fossil record, despite abundant evidence from other groups, much of which were published and available long before Johnson’s book. One has to wonder how Johnson deals today with the truly startling and recent fossil discoveries in China.

Annoyingly similar to Hanegraaff, (and you may not be surprised to find out that Hanegraaff has had Johnson on his broadcast multiple times) Johnson quotes research and data from the mid 20th century as if it were current. Most of which became essentially irrelevant as new data was uncovered. And as another trick, he continually goes after old, acknowledged and corrected errors apparently not realizing that nothing is gained by reiterating 50-year-old, long understood and corrected errors. Johnson seems unaware that science actually prides itself on making improvements to its models and correcting its past mistakes. 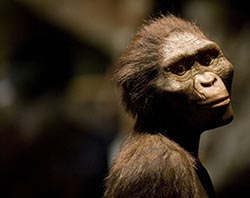 As another example, Johnson quotes Solly Zuckerman, a British scientist who retired in 1971 and passed away in 1993 after studying pre-1970 Australopithecines (An extinct bipedal genus of hominins which were close relatives of humans that evolved in eastern Africa around 4 million years ago.). This of course is extremely convenient, since the major Australopithecines fossil discoveries happened in the 1970s. Johnson is suspiciously quiet about the famous 1973 discovery of the 40% complete Australopithecine skeleton known as Lucy. In fact, she gets a quick mention that is nicely tucked away in notes at the back of his book. And there is absolutely no mention of the huge 1976 discovery directly related to this. The australopithecine ability to walk was further supported in 1976 when footprints in a 3.8 million year old ash bed at Laetoli, Tanzania were unearthed.

The pre-1970s lack of a skeleton for Zuckerman’s study reduces confidence in his conclusions as the new data is incorporated into the body of scientific knowledge. Of course, Johnson doesn’t tell his readers about such things. He also leaves out facts about how Zuckerman never saw Lucy, and his conclusion on Australopithecines was made at least three years before Lucy was discovered. Furthermore, Zuckerman didn’t work with any of the original Australopithecine fossils. His conclusions were based on a cast of one half of the pelvis of a single specimen. (see Joyce Arthur, “Creationism: Bad Science or Immoral Pseudoscience?” p. 88-93)

On page 5 of Darwin on Trial, Johnson recounts the tale of H. F. Osborn and his error in identifying a peccary tooth as a human ancestor’s tooth: “Osborn prominently featured ’Nebraska Man’ . . . in his anti-fundamentalist newspaper articles and radio broadcasts, until the tooth was discovered to be from a peccary, a kind of pig.” While this is very true, Johnson decided to not tell his readers WHO discovered this and made the correction. The answer is: H. F. Osborn himself, who properly tested his claim by mounting further collecting expeditions, discovering his error and correcting it. In other words, science working at its best.

Case in point, Johnson attacks paleontologist George Simpson’s data from the 1950s on mammalian polyphyly (despite the fact that science had accepted the data of mammalian monophyly for at least 15 years at the time of Johnson’s book’s publication). The monophyly of the three main mammal groups (monotremes, marsupials, placentals) was a settled issue long before Johnson’s book.

Dawkins Quote Out of Context 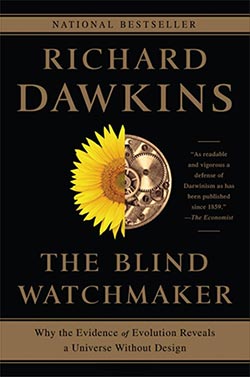 Johnson displays disturbing intellectual dishonesty when presenting the arguments of the scientists he criticizes. For example, he characterizes Richard Dawkins’ book The Blind Watchmaker as one of the best books on evolution for laymen, as “a sustained argument for atheism” which is only incidentally about science. And Johnson states that Dawkins “is unabashedly explicit about the religious side of Darwinism.” Johnson supports his claim with a single out of context quote. Anyone of the millions who has read Dawkins’ book can understand how badly Johnson distorts it, but Johnson’s book is aimed at an audience that has not read Dawkins or other scientists, so few of his readers will realize how dishonest he is.

To elaborate on the spirit and context of that section of his book, Dawkins’ entire paragraph is discussing the “Teleological Argument” (argument for the existence of God from perceived design in nature). Dawkins is stating that in the past, there was not an alternative explanation for apparent design in nature explicitly put forth. So the question had been left open for the most part. And due to that, one may have been left feeling intellectually unsatisfied, and that although atheism might have been logically defensible before Darwin, “Darwin made it possible to be an intellectually fulfilled atheist.”

Similarly, Johnson tells his readers that genetic mutations are “nearly always harmful when they produce effects in the organism large enough to be visible, but which may occasionally slightly improve the organism's ability to survive and reproduce.” (p.17), a claim which is contradicted by a vast body of scientific research, and for which Johnson’s research notes cite no supporting evidence. On p.18 of Darwin on Trial Johnson states that natural selection is only conservative and that “there are definite limits to the amount of variation that even the most highly skilled breeders can achieve.” No sources are cited for either of these claims, which are not supported by any past or present scientific study. Johnson’s suggestions that species lack sufficient genetic capacity for major changes is flatly contradicted by the evidence: in Science on Trial, on p.117 (Johnson actually quotes a different passage from this very page), Futuyma cites experiments which selected for alteration of species “well beyond its original range of variation,” and notes that researchers have been able to select for entirely new traits. It is not clear where Johnson got any of these claims that he is making. Certainly none of them are supported by his sources.

The simple truth is that most mutations are neither harmful nor helpful. In fact, more recent study has even concluded that harmful genetic mutations may be less common than we thought. 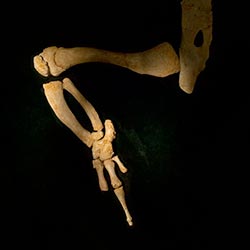 As a final example of Johnson’s dishonesty, let’s take a look at the transitional fossil of the legged and footed whale, Basilosaurus. In his notes at the end of the book he makes a desperate attempt stating his skepticism about the legs and feet actually belonging to the whale specimen. Johnson writes, “The article states that ’Limb and foot bones described here were all found in direct association with articulated skeletons of Basilosaurus isis and undoubtedly represent this species.’ Although I accept the authors’ description for purposes of this chapter, I confess that expressions like ’found in direct association with’ and ’undoubtedly’ whet my curiosity. Is it certain that Basilosaurus had shrunken hind limbs, or is it only certain that fossil foot bones were found reasonably close to Basilosaurus skeletons?”

Amazing! “Found in direct association” is a term of art in archaeology and paleontology referring not only to proximity but to context (position, geological features, evidence of disturbance or intrusion, etc.) The phrase NEVER means, “we think in an offhand manner that maybe these bones go together,” but then again, desperation often makes people grasp at straws. How can someone criticize the fossil record and have so little understanding of what paleontologists do? In addition, to criticize an interpretation of a specific fossil, one should know the comparative anatomy involved. The discoverers of Basilosaurus fortunately are skilled anatomists who have have made this field their life’s work and are surely able to tell whether a set of fossil leg and foot bones did or did not articulate with a given body as a whole.