One of the most notorious christian televangelists in the world would have to be Pat Robertson. In 1960, Robertson established the Virginia based Christian Broadcasting Network (CBN) and in 1977 purchased a local access cable TV channel for it where he went door-to-door asking christians and local churches to purchase cable boxes so that they could receive his new channel. This strategy launched his career as a “faith healer” in the 1970s and 80s.

Since that time, Robertson has made numerous controversial statements, doomsday predictions and has even spread lies about satanic pacts as well as homosexuals. 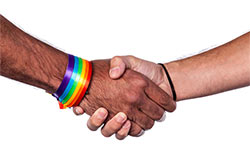 On a 2013 episode of The 700 Club, Robertson stated that members of the San Francisco gay community “want to get people” so some were deliberately infecting people with AIDS by cutting them with sharp rings while shaking hands. The comment was edited out when the clip was posted online by CBN, and scrubbed out of the 700 Club’s archives. CBN even went so far as to file a claim with YouTube to pull all copies of the video citing "copyright infringement" which was successful for a time. However, RightWingWatch.org won their counterclaim appeal and the video was finally restored. 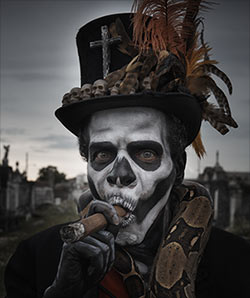 In a 2010 broadcast of The 700 Club, Robertson blamed the Haitians for making a deal with the Devil during their 1791 slave rebellion, resulting in the Haiti earthquake of January 12, 2010 and other misfortunes. He told viewers of his Christian Broadcasting Network:

“Something happened a long time ago in Haiti, and people might not want to talk about it, they were under the heel of the French, uh, you know, Napoleon the third and whatever, and they got together and swore a pact to the devil, they said, we will serve you, if you get us free from the French. True story. And so the devil said, ‘OK, it’s a deal.’ And they kicked the French out, the Haitians revolted and got themselves free, and ever since, they’ve been cursed by one thing after the other. Desperately poor.”

The reference to “pact to the devil” was later said by CBN to be a reference to the Vodou ceremony conducted by Dutty Boukman involving animal sacrifice in Bois Caïman that began the Haitian revolution.

Completely contrary to Robertson’s claims however, this ceremony and the religion of Vodou does not involve Satan or any type of devil worship. Furthermore, Robertson mistakenly identified the French government as that of Napoleon III. Haiti became independent four years before Napoleon III was born! It was Napoleon Bonaparte (by far, the more famous of the two rulers), who sent a French army to try to recapture Haiti a decade after its revolution. The force was destroyed by yellow fever and the fierce resistance led by Haitian generals.

Veteran christian radio broadcaster Michael Ireland stated that this Haitian Vodou ceremony has long been erroneously referenced by various self-assoiling Christian sources as a “pact with the devil” or “pact to the devil” that began the Haitian revolution. Ironically, this Vodou ceremony was a ceremonial impulsion to the liberation of thousands of abjectly enslaved peoples under French, mostly Christian, tyranny. These Christians were influenced by spiritual warfare theology and developed a counter-narrative to the official national story. In this narrative, the ancestral spirits at the Vodou cemetery were re-cast as demons. In their view, the engagement with demons amounted to a pact that put Haiti under the rule of Satan.

In 2004 Robertson stated that God had told him President Bush will be re-elected in a “blowout” that year. Bush did in fact win re-election, with the 2004 race between George W. Bush and John Kerry being one of the closest large elections in history. Kerry lost the popular vote by just 2.4%. 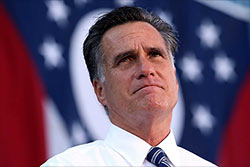 On January 4, 2012, Robertson reported that God had spoken to him and he “thinks He showed me the next president” but would not name who it is. He did give an indication that it would not be President Obama since Robertson said God told him Obama’s views were at “odds with the majority.” Later in the same year he expressly stated that the lord told him that Mitt Romney would win and would be a two-term President. President Obama was of course re-elected for a second term.